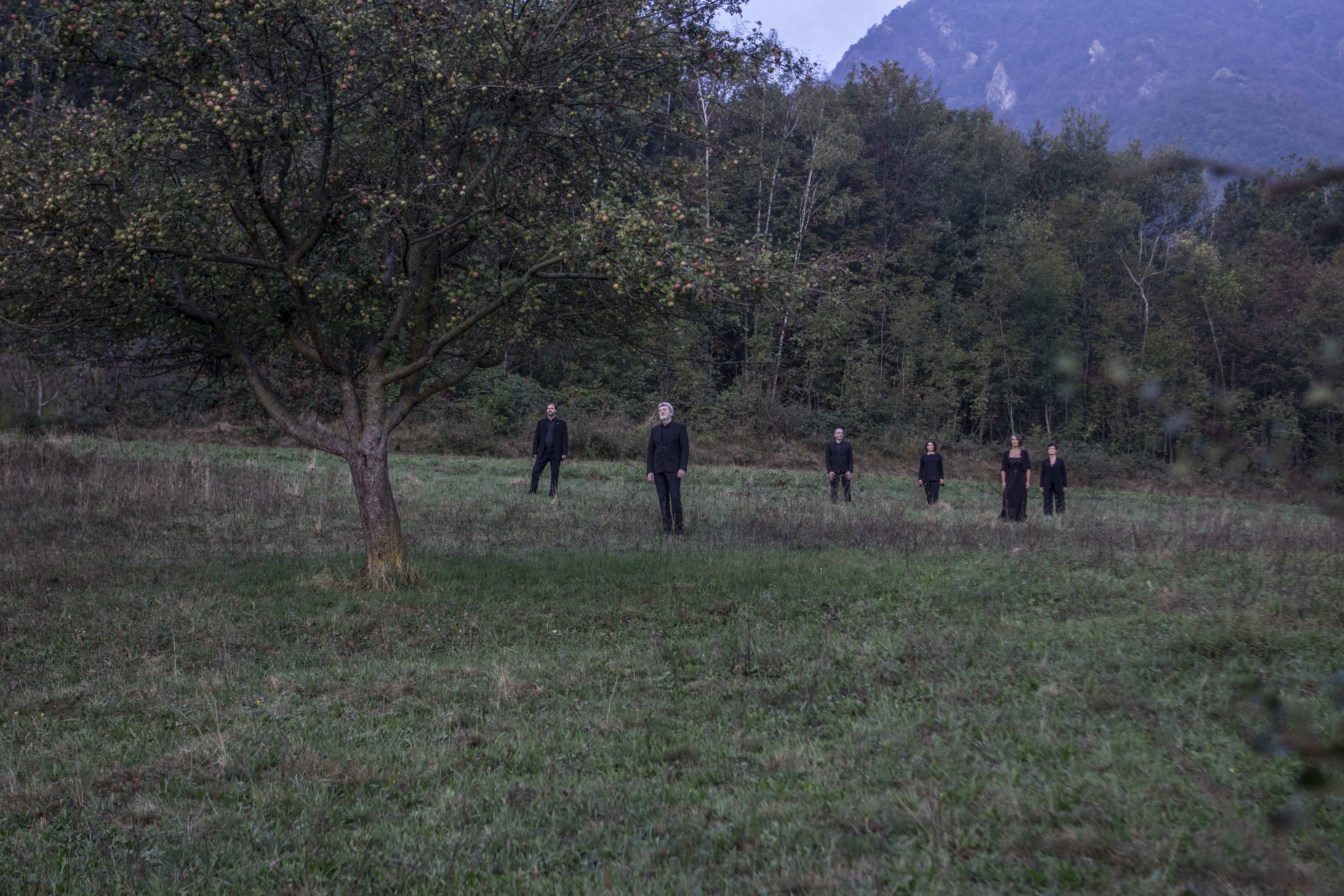 La Compagnia del Madrigale is the most accredited madrigal ensemble of today’s international early music scene.
The group was founded in 2008 on the initiative of Rossana Bertini, Giuseppe Maletto and Daniele Carnovich: after singing together for over twenty years in various formations, they decide to continue their artistic collaboration, inviting Francesca Cassinari, Elena Carzaniga, Raffaele Giordani and Marco Scavazza to join them, to give life to La Compagnia del Madrigale.

In spring 2011 the ensemble made its discographic debut for the label Arcana with an anthology of madrigals on texts of Ariosto’s Orlando Furioso. This programme has been performed at the prestigious festivals of Ravenna, Utrecht, Pisa and Paris.

In 2013 La Compagnia del Madrigale started working with the Spanish label Glossa, and recorded the Sesto libro dei Madrigali a cinque voci by Carlo Gesualdo, on the occasion of the 400th anniversary of his death. The disc obtained the Choc of Classica and the Diapason d’Or de l’Année 2013 for the Early Music category.

Afterwards, the Primo Libro de’ Madrigali a cinque voci by Luca Marenzio was released and received the Diapason d’Or. For this recording the ensemble has been rewarded with the prestigious Gramophone Award 2014 for the Early Musiccategory.

In 2015 the Quinto libro de’ madrigali a sei voci by  Luca Marenzio has been released  and received several prestigious awards, such as the Diapason d’or, Gramophone’s Editor’s Choice and the Preis der Deutschen Schallplattenkritik.

In 2016 the ensemble recorded his first CD dedicated to Claudio Monteverdi, Il Pianto della Madonna, an anthology of sacred compositions and spiritual madrigals. The same year they released the Terzo libro de’ Madrigali by Carlo Gesualdo. Both recordings have been awarded  the Diapason d’Or.

On the occasion of the Monteverdi Anniversary of  2017, La Compagnia del Madrigale released the CD of the Vespro della Beata Vergine in collaboration with Cantica Symphonia and  La Pifarescha, which was awarded the Record Academy Award 2017 in Japan.

At the beginning of  2019, an anthology of madrigals by Cipriano de Rore has been released, Vieni, dolce Imeneo,  as a dutiful homage to the father of the Seconda pratica

La Compagnia has to its credit several prestigious collaborations with Diego Fasolis at the RSI Radio Television of the Italian Switzerland (Orazio Vecchi’s L’Amfiparnaso and G.P. Palestrina’s  Primo Libro di Madrigali) and with Skip Sempé and Capriccio Stravagante (music of William Byrd, performed in Paris and Utrecht)

The ensemble has been invited to the XVIII Europa Cantat in Turin, where it has held a workshop about Monteverdi’s madrigal interpretation for a wide group of singers from all over the world.

Future projects will see La Compagnia del Madrigale engaged in the recording of the complete works of  Carlo Gesualdo, together with a choice of the best madrigals written by coeval Neapolitan composers which were influenced by his style.

Moreover, the group is working in collaboration with leading figures of Italian culture, with the purpose to create historical-musical “tales” centered on the three great epics of the 16th century, L’Orlando Furioso, La Gerusalemme Liberata ed Il Pastor fido, as well as on particularly significant biographical aspects of the life and work of distinguished  madrigal composers and renaissance writers.